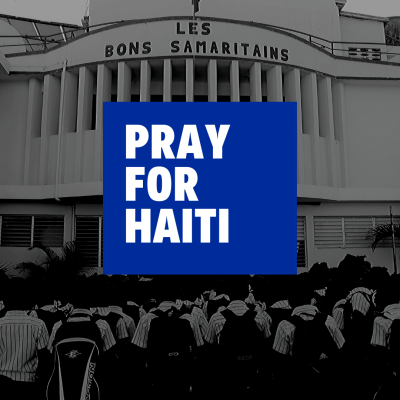 Indeed, for over a year, beginning in August 2018, anti-government protests against corruption, injustice, and inequality began in Port-au-Prince and quickly extended to the other major cities of the country. They consisted of burning tires on the streets and all main roads disrupting communications from city to city. These protests became increasingly more frequent and more violent, causing the death of more than 40 people. By September 2019, in addition to burning tires, there was looting, arson, closing of government agencies, closing of gas stations, and increased insecurity. All activities were brought to a standstill. The situation was called “Country Locked” by the natives.

Education has always been placed on the back burner by Haitian politicians. This time, the opposition leaders have used the schools in the country as a tool for their revolution. As a result, all schools have been closed since September 23rd, 2 weeks after the beginning of the 2019-2020 school year. Such “education lock” as they called it, is a new way to close in the box of ignorance the most deprived children and youth in Haiti. No one can predict when and how the situation will resolve.

At the heart of the crisis, according to these newspapers, is a broad despair that the existing political and economic system has not overcome poverty, corruption, spiraling inflation, and lawlessness.

Indeed, the richest 20% continue to control more than 60% of the wealth. The poorest 20% have less than 2% of the country’s wealth. Nearly 75% of the 11 million people live below the international poverty line of $2 per day. The inflation rate went from 14% in October 2018 to 20% this November. The exchange rate was 45 Gourdes for 1 USD in May 2019 and this month, it is 97 Gourdes for 1 USD. The President has been calling for dialogue, but the opposition leaders refuse, indicating that the time for dialogue came and went and that he must step down. If only schools were allowed to reopen so our school children could have their daily meal!

With the help of our supporters and partners, we have been able to raise awareness and develop programs to improve the living conditions of our brothers and sisters in Haiti. Despite the current situation, we are counting on your continued prayers for peace and security to return to Haiti as well as your support to educate these poor children and give them hope for a self-sufficient and productive life.